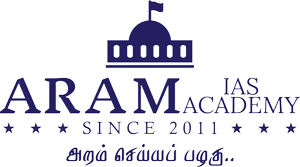 Group I is the topmost exam, conducted by the TNPSC to recruit personnel for the highest administrative positions under the State Government. Every year, lakhs of candidates apply for Group I exam. As it selects candidates for the topmost positions in the State Civil Services, one needs to learn the length and breadth of every topic in the syllabus. With increasing competition for the limited number of vacancies available, the exam has been made tougher over time. To crack Group I exam, one needs to work really hard and smart. Proper guidance and conceptual clarity will save the amount of invaluable time that the candidates invest in studying.

The Group I exam is conducted in three phases – The Preliminary The Mains The Interview level.

Scientific Knowledge and Scientific temper – Power of Reasoning – Rote Learning Vs Conceptual Learning – Science as a tool to understand the past, present and future.

Change and Continuity in the Socio – Cultural History of India.

Different modes of Agitation: Growth of Satyagraha and Militant movements.

Human Development Indicators in Tamil Nadu and a comparative assessment across the Country – Impact of Social Reform movements in the Socio – Economic Development of Tamil Nadu.

Political parties and Welfare schemes for various sections of people – Rationale behind Reservation Policy and access to Social Resources – Economic trends in Tamil Nadu – Role and impact of social welfare schemes in the Socio – economic development of Tamil Nadu.

Social Justice and Social Harmony as the Cornerstones of Socio – Economic development.

Geography of Tamil Nadu and its impact on Economic growth.

Social changes in India – Urbanization and its impact on the society – Problems and remedies ‐ Impact of violence on Society – Religious violence, Terrorism and Communal violence ‐ Regional Disparities ‐ Problems of Minorities ‐ Human Rights issues.

Welfare Schemes for vulnerable sections of the population by the Central and State governments and their performance.

India’s Foreign Policy: Foreign Affairs with Special emphasis on India’s relations with neighbouring countries and in the region – Security and defence related issues – Nuclear Policy – Issues and conflicts. The Indian Diaspora and its contribution to India and to the World.

Achievements of Indians in the fields of Science and Technology.

Tamil Society ‐ Its Culture and Heritage

Candidates may answer the questions in this unit EITHER in Tamil OR in English.

Socio – economic history of Tamil Nadu from Sangam age to till date..

Growth of Rationalist, Dravidian movements in Tamil Nadu – Their role in the socio – economic development of Tamil Nadu.